According to the doctor’s measurements this week, he is 39 pounds and one meter and 106 centimeters tall. That’s two pounds heavier and just about two inches taller than he was six months ago. He got to stay the afternoon with his old caregiver after the appointment and loved it. 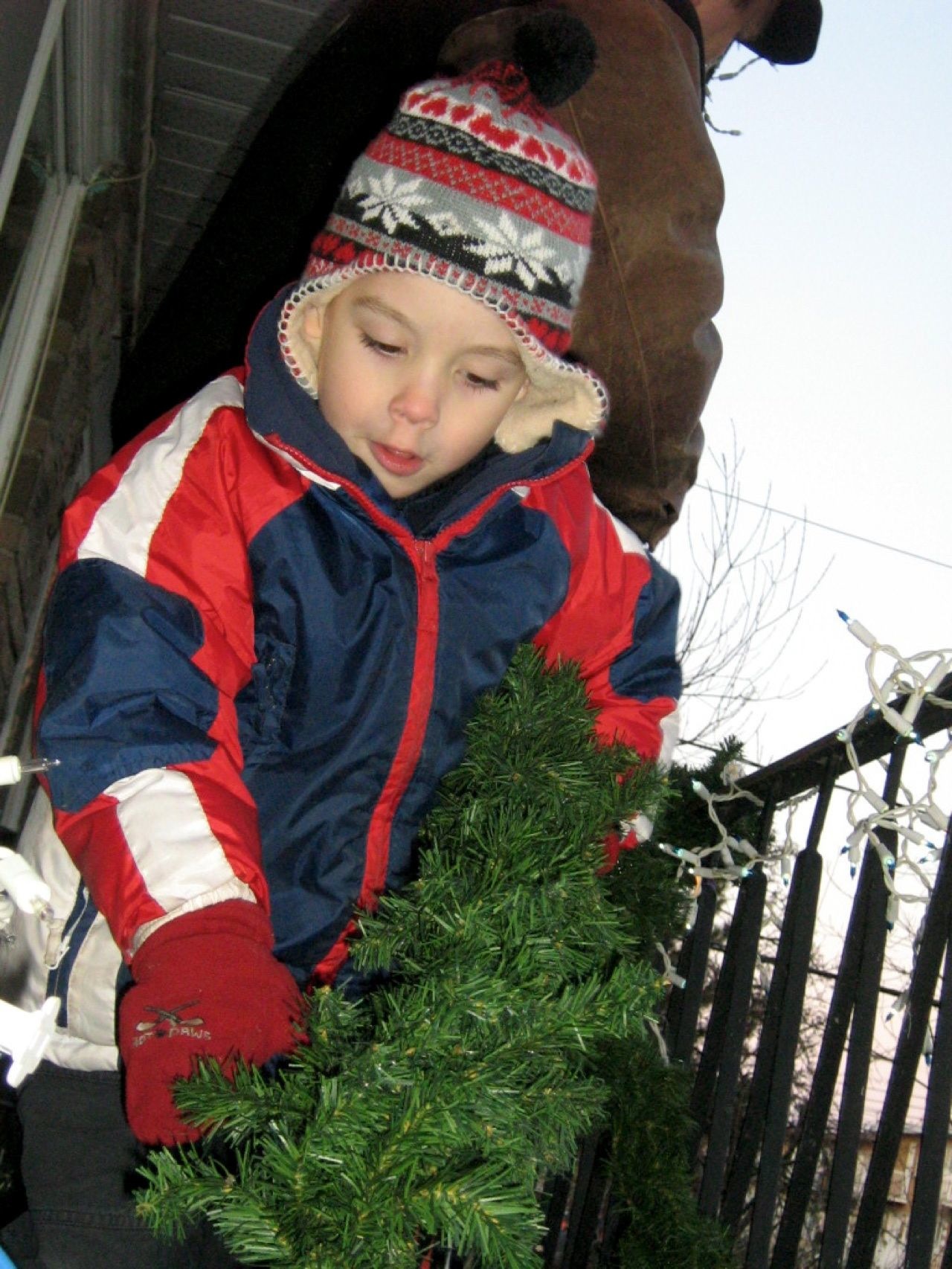 The biggest news this month, bar none, is the reading. With no prompting, of his own initiative, he spelled out â€œtrainsâ€, â€œsteamâ€, and â€œboxcarâ€ from one of his train collector books, and then sounded them out himself. I’m ecstatic.

It’s been a big month for movies! He saw the second half of The Empire Strikes Back and The Return of the Jedi, The Castle in the Sky, and the latest The Lion, the Witch, and the Wardrobe. But the biggest hit has been The Nightmare Before Christmas. He went to bed singing “Something’s up with Jack, something’s up with Jack” over and over. Also, I was patiently asked “Mama, would you please not sing?” so many times during the film that I lost count. I made a copy of the soundtrack to play in the car and I think HRH is sick of it already. But he sings bits of the songs all the time, including ‘Kidnap the Sandy Claws,’ which would make both t!’s and Tal’s hearts burst if they heard him. We had no worries about bad dreams if he watched it. He’s very imaginative and sensitive, but not the kind of sensitive that leaves him vulnerable to being scared at night. We can show him pretty much anything and he takes the fun away from it instead of the fear. I’m thankful for that, because he’s a voracious film watcher. 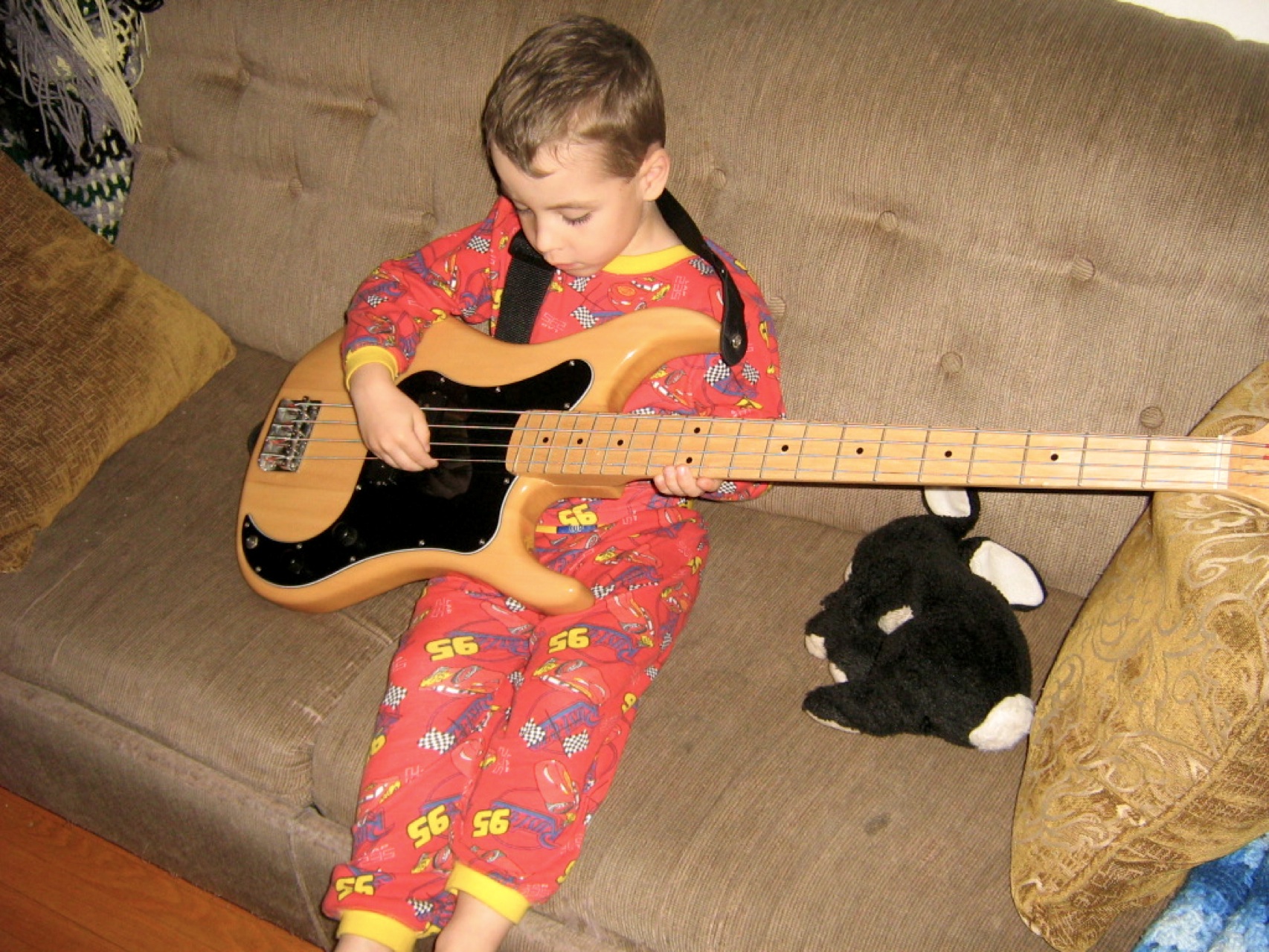 They’re going to officially begin eliminating the nap at preschool in the new year. This makes me sad, sadder than the reminders of how much he’s growing in the form of too-short pants and sleeves on shirts, shoes outgrown before they’re worn out, increasing dexterity with pencils and markers and other growing-up indicators. At school he’s down to a half hour at the most, although at home he’ll still sleep a solid hour and a half, and when he wakes up they move him to the library room where he sits for another hour quietly on his own, looking at books. “He just loves books,” his educators say, and we kind of smile and shrug a bit. When you’re surrounded by them, how can you not love them? Books have been an integral part of his life since the moment he was born. He’s never not known books, something for which I am deeply grateful. My parents gave me plaque that says, ‘Richer than I you can never be, I had a mother who read to me’ and it’s a truth. We are currently reading The Lion, the Witch, and the Wardrobe one chapter before bed each night, and he’s staying quiet for it even though there are no pictures other than the chapter heading in the hardcover copy I’m reading from. I am so thrilled that we’ve reached this point. 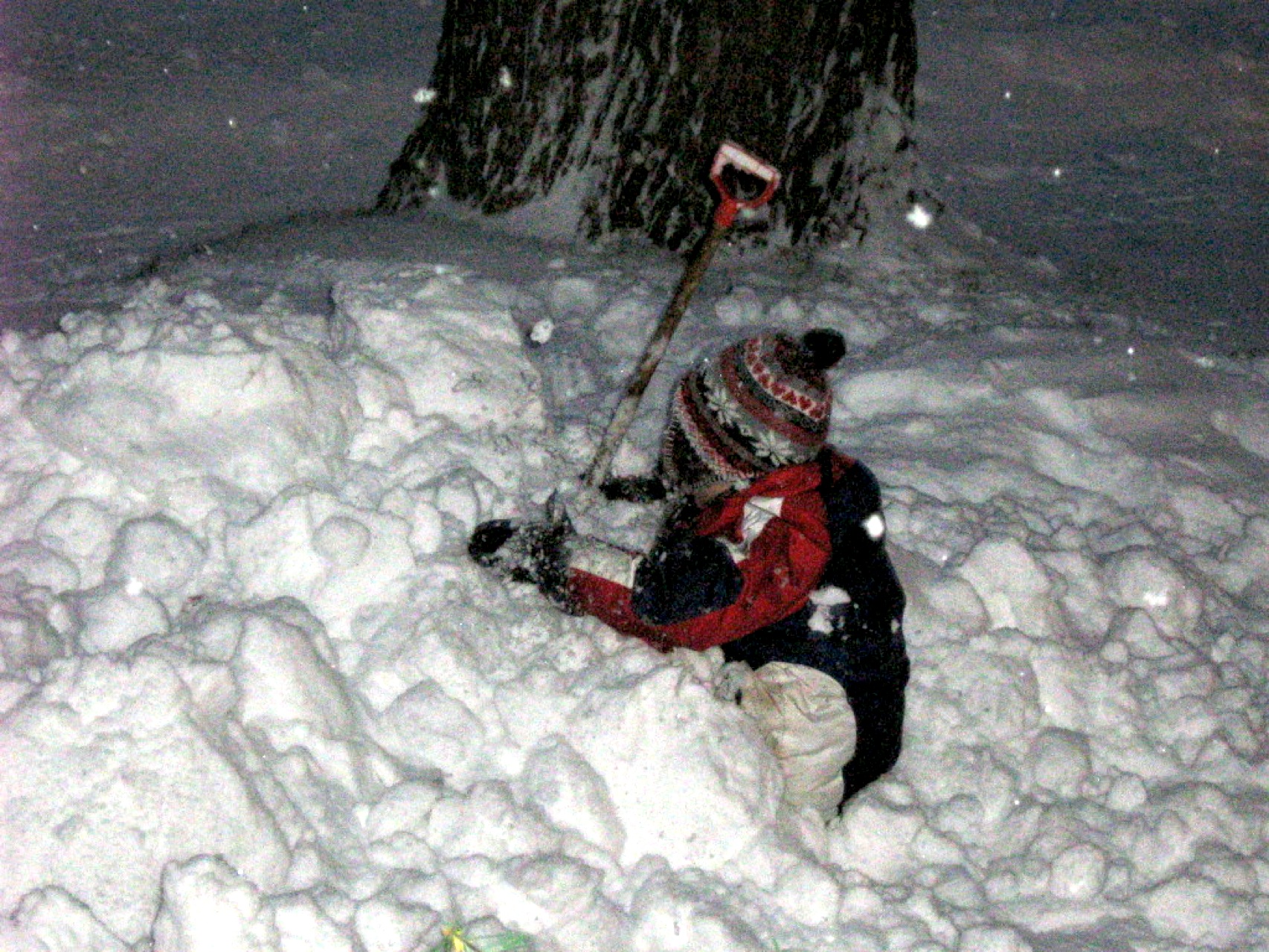 He used to sleep on his side, but recently he’s begun sleeping like I do, on his back with his arms above his head. (I have no idea how I get that way; I fall asleep curled up on my side.) But sometimes an arm gets trapped underneath him, and twice now he’s woken up crying in the morning because he can’t feel an arm or hand, because they’ve fallen asleep. And then he cried because the pins and needles sting as the blood gets back into the affected area. A couple of weeks ago we were in the basement one evening and we heard a fitful cry over the baby monitor, a cry unlike anything we’d heard from him since he was a very tiny baby. Now, he never wakes up crying; no nightmares, nothing. So we hurried upstairs and he was still half-asleep, unable to move either of his hands and forearms because he’s somehow gotten them both trapped underneath him. I rubbed them till the pins and needles went away, and cuddled him back to sleep.

Apart from the Santa visit, the big thing this month has, of course, been SNOW! Again this year his educators are shaking their heads and saying they’ve never seen a child so in love with the snow. He rolls in it as soon as it starts falling, which of course leads to much washing of a muddy snowsuit. In the middle of the big storm we had this week he turned to his teacher and said, “Now? Now is it winter?” and she gave up on explaining the whole solstice thing and just said, “Yes, now it’s winter.” “Yay!” he said. “I love winter!” And when HRH got him out of bed the other day, he asked excitedly, “Dada, is it snowing again today?” HRH answered in the affirmative. “The snow likes me!” the boy sad happily. “No,” HRH said, somewhat wearily, “The snow loves you.” 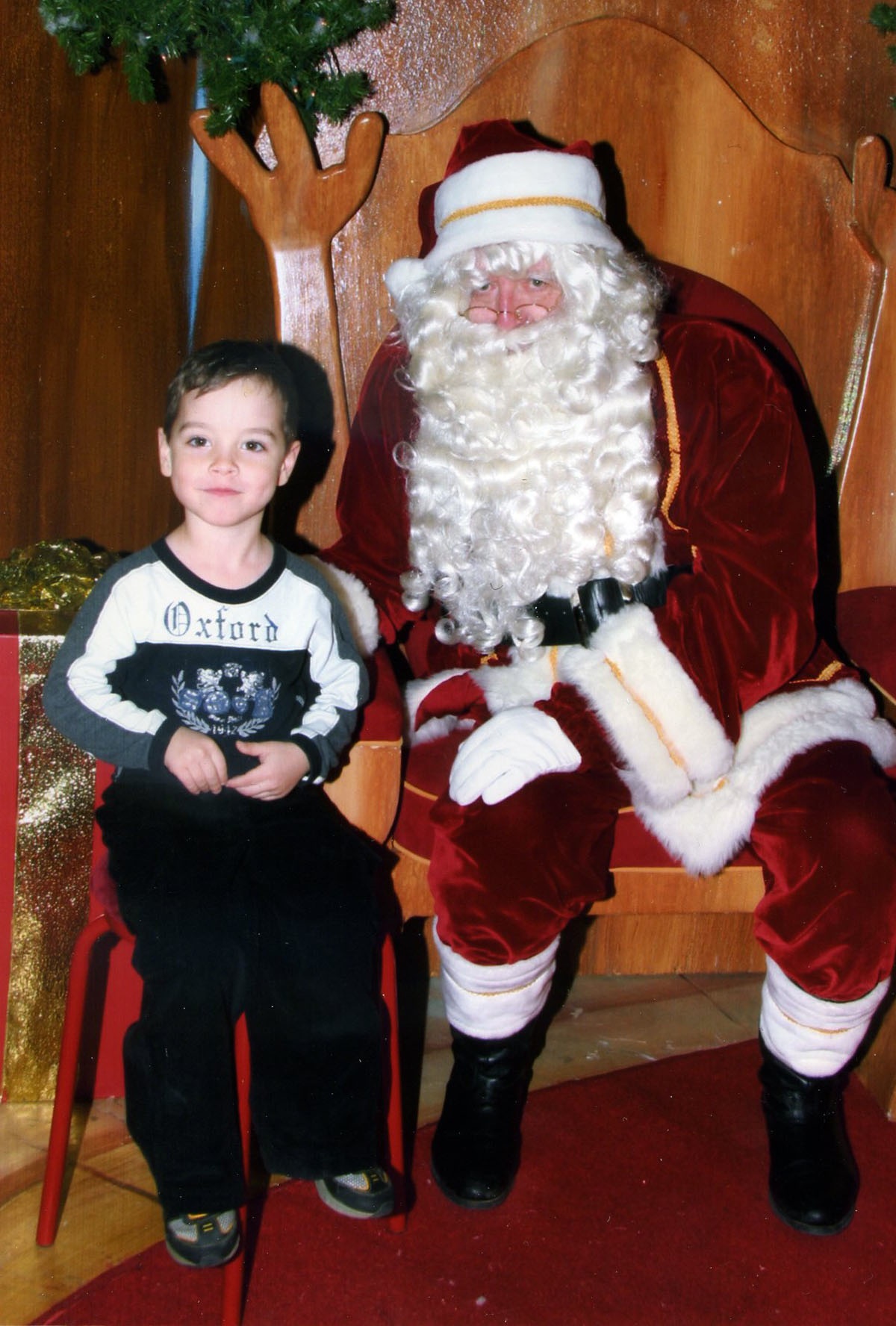 One thought on “Fifty-Four Months Old!”